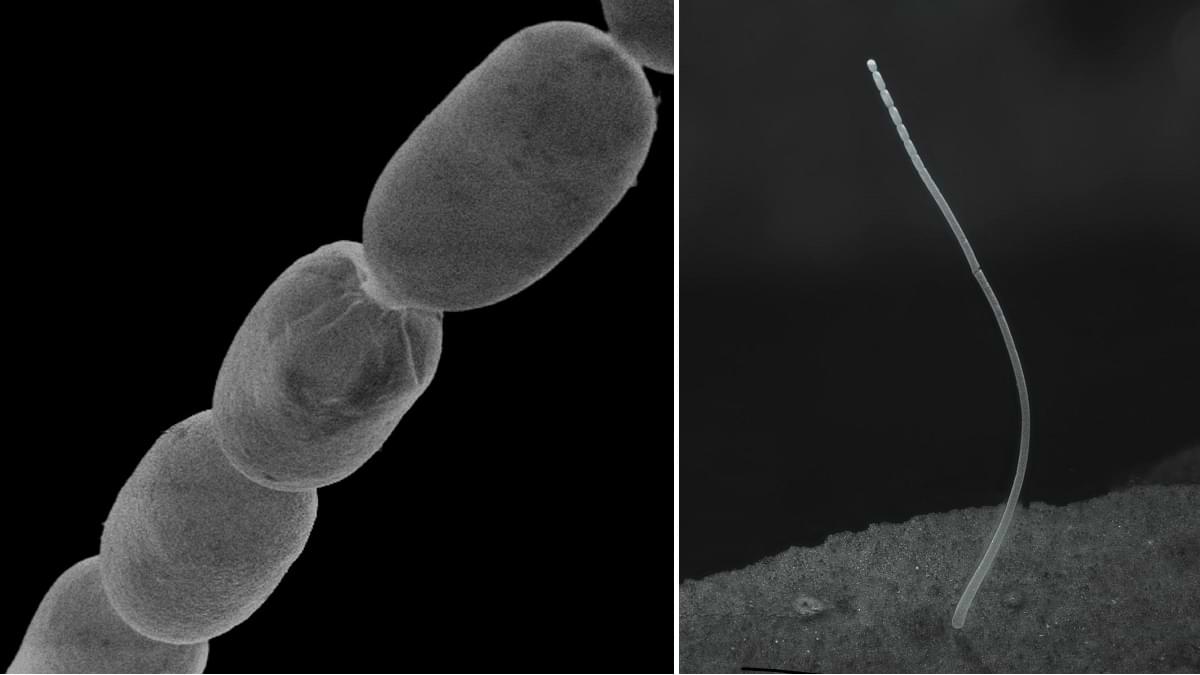 World’s Largest Bacterium: Scientists have discovered the world’s largest known bacterium, first to be visible with the naked eye in the brackish waters of a red mangrove swamp in Guadeloupe in the Lesser Antilles. Usually bacteria is so small that they can only be seen through a microscope.

This latest discovery of bacteria is the first that is visible to naked eye and it is in the form of white filaments, almost the size of human eyelashes. The giant white bacterium was found lurking on the rotting leaves sunken in the swamp.

Scientists say they have discovered the world’s largest variety in the mangroves of Guadeloupe — and it puts its peers to shamehttps://t.co/92nPZT15cV

1. The world’s largest bacteria is about 1 centimetre in length.

2. It is the biggest single-cell bacteria found up till now.

4. The strange bacteria is about 50 times bigger than any other known bacteria.

5. It is the first to be visible with the naked eye.

6. The thin white strands were found on the surface of decaying mangrove leaves in the swamp.

7. The bacteria live by oxidizing sulfur.

8. Central to the bacterium is its vacuole, an inert, fluid-filled membrane.

9. The edge of the vacuole is surrounded by membrane-bound structures similar to the organelles found mostly in eukaryotic cells.

Why is the discovery unusual?

The discovery is important and unusual as according to models of cell metabolism, bacteria should not simply grow so big. Scientists had previously suggested an upper possible size limit about 100 times smaller than the new bacteria. The researchers aren’t certain why the bacterium is so large, but according to a co-author of the study, it may be an adaptation to help it avoid being eaten by smaller organisms.