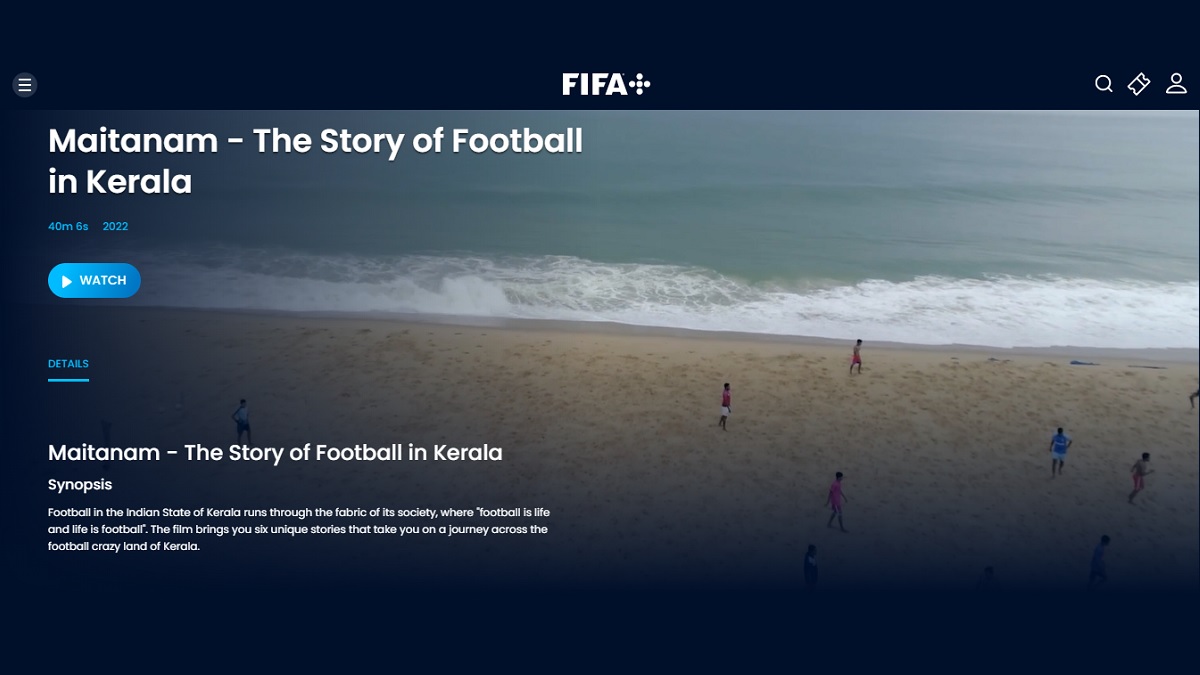 The first Indian sports documentary ‘Maitanam- The Story of Football in Kerala’ went live on FIFA+ on May 1, 2022.

FIFA launched a new streaming video service, FIFA+ on April 12, 2022. FIFA plus will provide live games from competitions around the world and ‘Netflix style’ documentaries.

FIFA plus will also include an archive of every World Cup and Women’s World Cup match ever recorded on camera. The first Indian sports documentary ‘Maitanam- The Story of Football in Kerala’ went live on FIFA+ on May 1, 2022.

With this, Maitanam has joined an elite list of  global sports documentaries as a part of select FIFA+ Originals that have been made available globally on FIFA’s new digital streaming platform.

Some of the other FIFA+ Originals include:

The Hand of God 30 Years On

One To Eleven- The Story of the FIFA World Cup Trophy

The Happiest Man in the World Ronaldinho

Aspire to the World