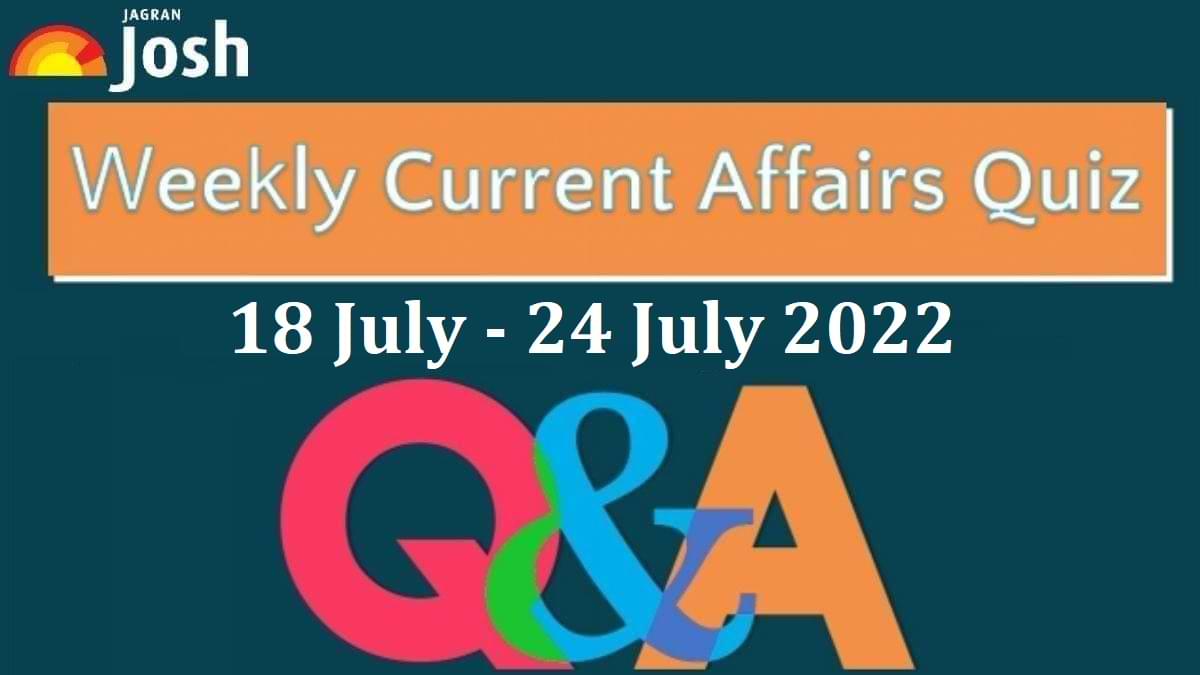 1.When is National Flag Day observed in India?

2.How much percent GST will be levied on pre-packaged and labeled food items?

5.Indian Economy is expected to expand by how much in FY 2022-23, as per latest FICCI Survey?

6.What was India’s rank on Henley Passport Index 2022?

7.Who has been elected as the new President of Sri Lanka?

8.African Swine Fever has been reported in which southern Indian state?

9. Which Indian Governor has been given additional charge of West Bengal?

10.The Asia Cup 2022 will be shifted to which nation from Sri Lanka?

12.Which English cricketer has announced his retirement from ODI Cricket?

India celebrates National Flag Day on July 22nd to commemorate the adoption of the Indian tricolour. The Constituent Assembly had adopted the Tricolor in its present form on July 22, 1947. The Indian national flag was hoisted for the first time in Independent India by first Prime Minister Jawaharlal Nehru at Red Fort on August 16, 1947. Prime Minister Narendra Modi has urged people to join the Har Ghar Tiranga movement and hoist the tricolour at their homes between August 13 and August 15.

Karnataka has topped Niti Aayog’s India Innovation Index 2022 among major states, while Telangana has been placed second and Haryana third. Maharashtra is ranked fourth, followed by Tamil Nadu at fifth place. The India Innovation Index, prepared by NITI Aayog, is a comprehensive tool for the evaluation and development of the country’s innovation ecosystem.

Droupadi Murmu had served as the 9th Governor of Jharkhand between 2015 and 2021. She had become India’s first woman tribal governor and the first female tribal leader from Odisha to be appointed as a governor of an Indian state. She also served as a member of the Odisha Legislative Assembly twice from the Rairangpur constituency, representing the BJP.

The Federation of Indian Chambers of Commerce and Industry’s (FICCI) released its quarterly survey on July 20, 2022. The FICCI survey warns that the Ukraine war is likely to keep inflation high and dent consumer demand. The survey also slashed India’s growth forecast to 7 percent in Fiscal Year 2022-2023, much slower that the previous estimate of 7.4 percent and RBI’s projection of 7.2 percent.

African Swine Fever (ASF) was reported at a farm in the Wayanad district of Kerala. This was confirmed by the state’s Animal Husbandry Minister J Chinchurani on July 22, 2022. ASF is a highly communicable disease with no vaccine. It was earlier reported in the northeastern states of Assam, Tripura, Mizoram and Sikkim. Uttarakhand also reported cases of African Swine fever in early July.

Manipur Governor La. Ganesan has been given an additional charge of West Bengal until regular arrangements are made. This came after President Ram Nath Kovind accepted the resignation of West Bengal Governor Jagdeep Dhankhar on July 17, 2022. Jagdeep Dhankar has been fielded by the BJP-led NDA coalition as their Vice Presidential Candidate.

The Board of Control for Cricket in India (BCCI) President Sourav Ganguly confirmed on July 21, 2022 that the Asia Cup 2022 will be shifted from Sri Lanka to the UAE. Ganguly informed that the Asia Cup 2022 will be held in the UAE, as it is the only place where there won’t be rain during that time. The Sri Lankan Cricket Board has decided to shift the tournament amid ongoing economic crisis in the country.

Ben Stokes, England’s all-rounder, announced his retirement from ODI cricket on July 18, 2022. The 31-year-old took to social media to make the shocking announcement. He said that the first ODI between England and South Africa in Durham will be his last match in the format. Ben Stokes was recently named captain of England’s Test team. He said in his note that he will give everything he has to Test cricket and T20 format.