Weekly Current Affairs Questions and Answers: 16 May to 22 May 2022 - Today Quizzes
Skip to content

Weekly Current Affairs Questions and Answers: 16 May to 22 May 2022 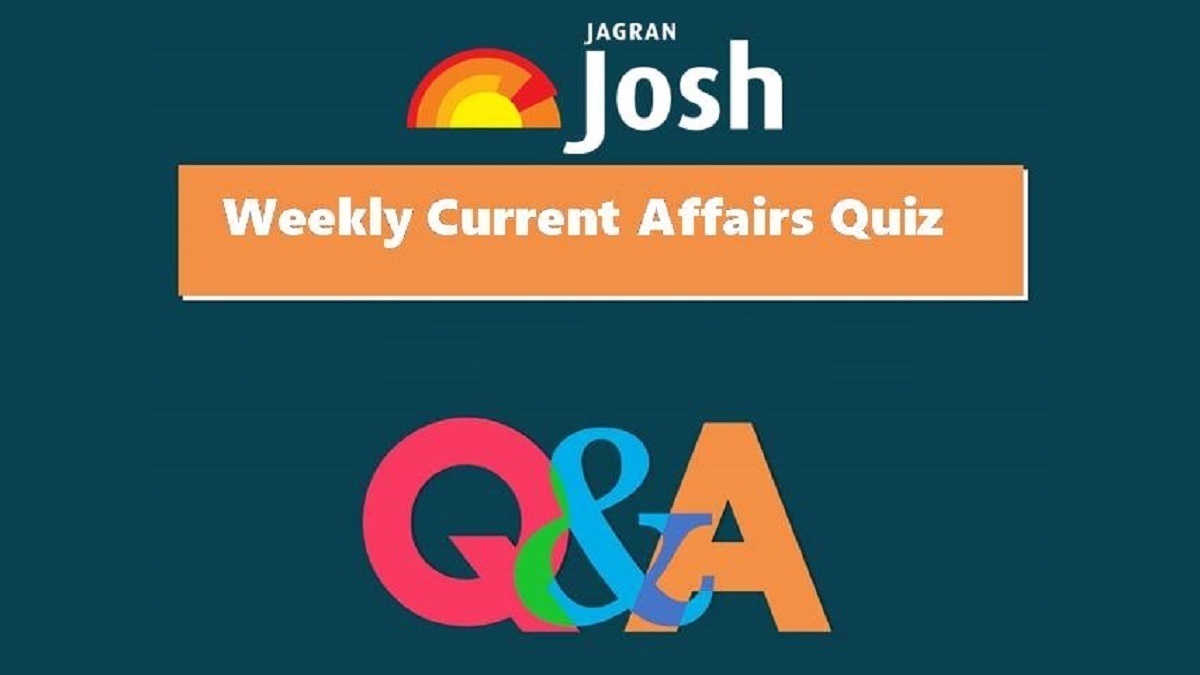 1. Pieter Elbers has been appointed as the CEO of which airline company?

2. Who has been appointed as the new Chief Minister of Tripura?

3. Elisabeth Borne has been appointed as the first female Prime Minister in 30 years of which nation?

4. India has banned the export of which food grain?

5. Which country blocked the move to fast-track Finland and Sweden’s bids to join NATO?

6. Which state/ UT’s Lieutenant Governor resigned from his position on May 18, 2022?

Pieter Elbers has been appointed as the Chief Executive Officer of IndiGo by the Board of Directors of InterGlobe Aviation Limited. The statement released by IndiGo read that he will join IndiGo on or before October 1, 2022. He succeeds Ronojoy Dutta, who will retire on September 30, 2022.

Manik Saha took oath as the new Chief Minister of Tripura at the Raj Bhawan in Agartala on May 15, 2022. Manik Saha was appointed as BJP’s Legislative party leader and Tripura’s CM-designate on May 14, hours after Biplab Kumar Deb resigned from the top post.

Elisabeth Borne was picked by the French President Emmanuel Macron on May 16, 2022, as his new Prime Minister as he prepared for the legislative elections in June this year. It is the second time in 30 years that a woman has been appointed for the topmost position. The former Prime Minister of France Jean Castex handed over his resignation, earlier in the day, paving way for a cabinet overhaul after Macron’s re-election in April 2022.

Global wheat prices rose to record high on May 16, 2022 after India banned wheat exports. India is the world’s second-largest wheat producer. The Indian government announced on May 13, 2022 that it was banning wheat exports after the intense heatwave curtailed production in the country and led to a record-high spike in domestic prices.

Turkey has blocked the move to fast-track Finland and Sweden’s formal bids to join the North Atlantic Treaty Organisation (NATO). Sweden and Finland, two historically non-aligned Nordic countries, formally submitted their applications to join NATO on May 18th. Turkey has accused Sweden and Finland of harbouring terrorists, the members of Kurdish militant groups that Turkey considers as terrorist organisations.

The Ramgarh Vishdhari Sanctuary in Rajasthan was notified as India’s 52nd tiger reserve on May 16, 202, as per Union Environment Minister Bhupender Yadav. This has become the fourth tiger reserve in Rajasthan after Ranthambore, Sariska and Mukundra. The Ramgarh Vishdhari Sanctuary includes the tiger habitat between Ranthambore Tiger Reserve in the northeast and Mukundra Hills Tiger Reserve on the southern side.

Kerala will launch a state-owned over-the-top (OTT) platform ‘CSpace’ on November 1, 2022. The platform will offer an array of movies, short films and documentaries of their choice. The platform which is an initiative of Kerala State Film Development Corporation (KSFDC) on behalf of the state government, through video conferencing at a function in Kalabhavan Theatre, here on Wednesday.

The Supreme Court on May 19,2022 sentenced Congress leader Navjot Singh Sidhu to one-year jail term in a three-decade-old road rage case in which a person had died. The Supreme Court had allowed the review application on the issue of sentence against Sidhu. However, the SC bench comprising Justices A M Khanwilkar and S K Kaul rejected the plea for imposing culpable homicide not amounting to murder charge under Section 304A of IPC on Sidhu.

Indian boxer Nikhat Zareen won the gold medal in the 52kg category at the Women’s World Boxing Championship 2022. She beat Thailand’s Jitpong Jutamas in the fly-weight final in Istanbul, Turkey on May 19, 2022. Nikhat has become the only fifth Indian women’s boxer after Mary Kom, Sarita Devi, Jenny RL and Lekha KC to win a gold at the World Championships.