US Refugee Policy: Know why US is not accepting more Ukrainian refugees? - Today Quizzes
Skip to content

US Refugee Policy: Know why US is not accepting more Ukrainian refugees? 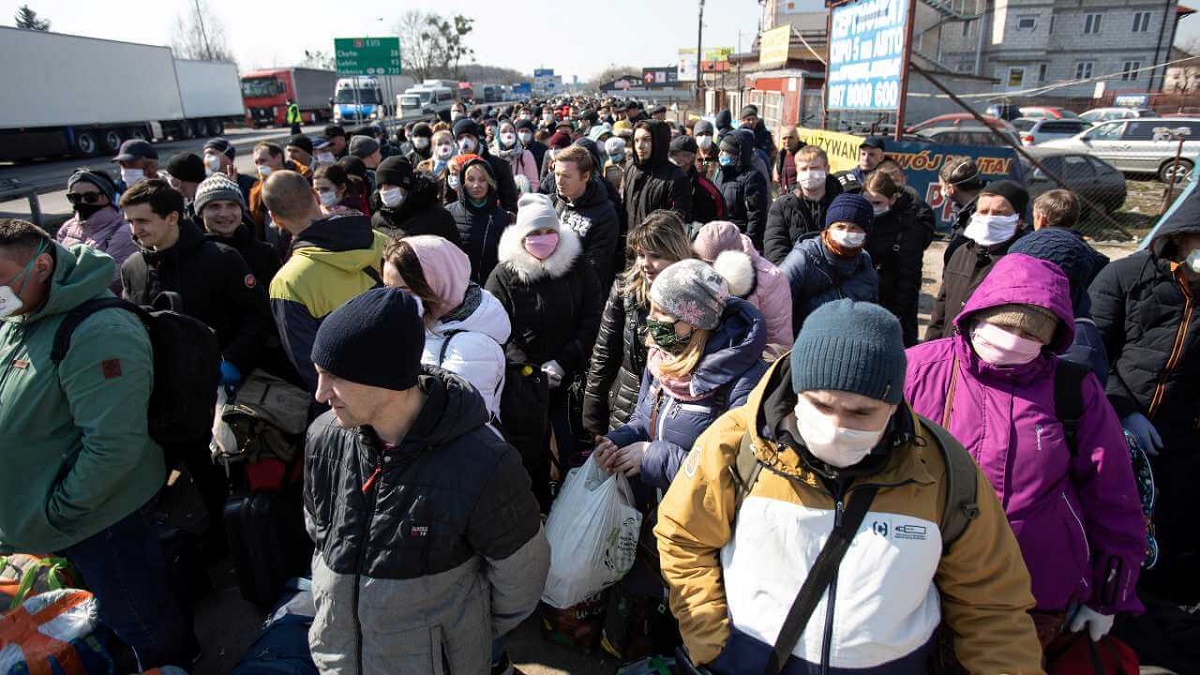 According to the United Nations, over 3 million people have fled Ukraine to the neighbouring countries since Russia started its military aggression on February 24th. A maximum number of Ukrainians have fled to Poland, Hungary and Romania in Eastern Europe. Several other nations have opened their doors for the Ukrainian refugees, who have been forced out of their homes to escape the Russian shelling and missile attacks.

US President Joe Biden has said repeatedly that the United States is ready to accept the refugees if they come all the way but has suggested that Europe should be the best primary destination for the Ukrainian refugees. Several critics have questioned US refugee policy for not taking in more Ukrainian refugees.

Why is US not taking in more Ukrainian refugees?

US President Joe Biden said during a meeting of fellow Democrats on March 11, “We’re going to welcome Ukrainian refugees with open arms if they come all the way here.”

White House Press Secretary Jen Psaki had said on March 10 that the administration believes the “vast majority” of refugees will want to remain in neighboring countries where many have family, friends and former employers.

The refugee resettlement process in the United States can take years. The Biden administration had sped up the process for refugees from Afghanistan following the U.S. military withdrawal from the country in August 2021.

US President Joe Biden has set an overall refugee ceiling for this year at 125,000. His predecessor Donald Trump had slashed the number to a record low of 15,000 earlier, which had led to processing delays that were further worsened by the COVID-19 pandemic.

Joe Biden has set aside 10,000 slots out of the 125,000 slots for people coming from Europe and Central Asia, which includes Ukraine. The allotment can be expanded also if needed.

The U.S. government had announced earlier this month that it will be granting Temporary Protected Status (TPS) to 75,000 Ukrainians who are already in the United States. This status will protect them from deportation and offer them work permits for 18 months, which can be renewed at the end of the period. This will not apply to the Ukrainians who arrived after March 1st.

Recently, a coalition of more than two dozen Jewish-American organizations had urged Joe Biden last week to increase admissions of Ukrainian refugees. They said that their community knows painfully too well what happens when America shuts its doors to refugees.

While America has not exactly shut its doors to Ukrainians, there have been travel delays that have further delayed the process of repatriation of Ukrainian refugees.