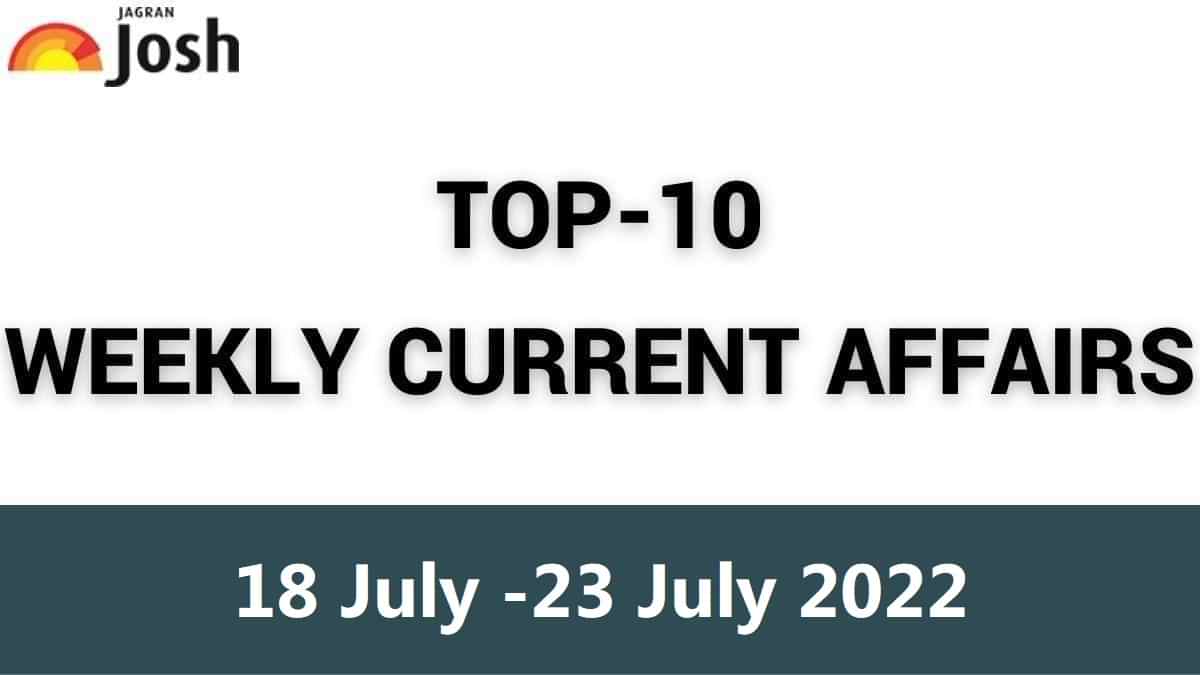 The ruling NDA and opposition have nominated former West Bengal Governor Jagdeep Dhankhar and Margeret Alva as their respective candidates for the Vice Presidential Elections 2022. Margaret Alva is the former Governor of Rajasthan.

The quarterly survey of the Federation of Indian Chambers of Commerce and Industry (FICCI) slashed India’s GDP growth rate for FY 2022-23 to 7 percent from earlier 7.4 percent. This is even lesser than RBI’s projection of 7.2 percent.

India was ranked 87th in the latest Henley Passport Index 2022 with visa-free access to 60 countries. This means that the Indian passport holders can visit 60 countries without requiring to obtain a visa. Some of the visa-free countries include Sri Lanka, Maldives, Myanmar, Cambodia and Thailand.

Ranil Wickremesinghe was sworn in as the new President of Sri Lanka on July 21, 2022. The six-time Prime Minister was elected to the post by the parliament in a vote. He was earlier sworn in as acting President in place of former President Gotabaya Rajapaksa who fled the nation and submitted his resignation.

Several countries have reported a spike in COVID-19 cases due to the highly-contagious Omicron subvariants, BA.4 and BA.5. As per a recent study, the new sub-variants of Omicron are causing new COVID symptoms including sore throat and night sweats.

The new GST rates came into effect across the country on July 18, 2022. Many household items have become expensive after these new rates have been implemented including daily essentials such pre-packaged and labelled wheat, rice, paneer, butter milk and jaggery. These items that were excluded from GST earlier will now attract 5 percent tax.

As per a latest report by scientists, NASA’s James Webb Space Telescope has suffered irreparable damage in May when it was hit by six micrometeorites on May 22. The team has stated that the sixth micrometeorite reportedly caused considerable damage to the telescope’s primary mirror.

West African country Ghana has officially confirmed its first outbreak of the deadly Marburg virus with detection of two cases. Both the patients were unrelated and passed away shortly after falling sick.

NITI Aayog released the third-edition of India Innovation Index 2022 on July 21, 2022. Among major states, Karnataka was ranked at the top, followed by Telangana and Haryana. Among UT and city states, Chandigarh was ranked at the top and Manipur topped among North East and Hill states.