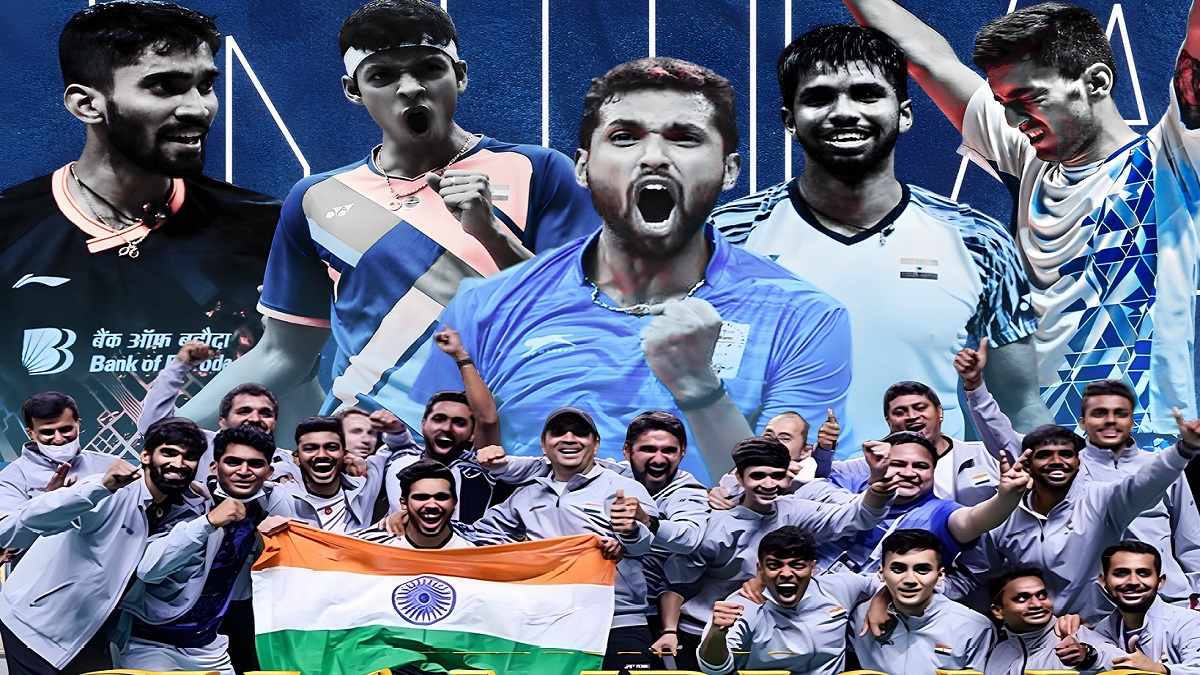 Lakshya Sen had opened India’s winning spree with a win over Olympic bronze medalist, Indonesia’s Anthony Ginting 8-21, 21-17, 21-16 in the first singles match to give India a 1-0 lead in the Thomas Uber final 2022.

Indian doubles duo of Satwiksairaj Rankireddy and Chirag Shetty beat Mohammad Ahsan and Kevin Sanjaya Sukamuljo in the first doubles match to give India 2-0 lead in the finals. Kidambi Srikanth vs Jonatan Christie was the third game of the finals. Srikanth continued his unbeaten streak in the Thomas Cup 2022 by beating Christie in two straight games despite Christie giving a hard time in the second time.

They did it, they did it again 🥺❤️

Brothers of destruction give 🇮🇳 2-0 lead 💥

India is the winner of Thomas Cup 2022, while defending champions Indonesia ended up as the runner-ups. Japan and Denmark won the bronze medals.

What a comeback by @lakshya_sen including this crazy point 👀 He takes 🇮🇳 to a 1️⃣-0️⃣ lead.

The Thomas Cup, which is also referred to as the World Men’s Team Championships, is an international badminton championship that sees participation from all member nations of the Badminton World Federation, the world governing body of the sport. It can be associated to the world cup in cricket. The championships are generally conducted once in every two years since 1982.

Indonesia have won the Thomas Uber Cup a total of 14 times and are the most successful team, followed by China that has won the cup 9 times. The only other nations that have lifted the cup besides Indonesia and China include Malaysia, Japan, Denmark and now India.

The Indian women’s badminton team got knocked out of the Thomas Uber Cup 2022 Tournament after they lost 0-3 to Thailand in the quarterfinals on May 12, 2022.