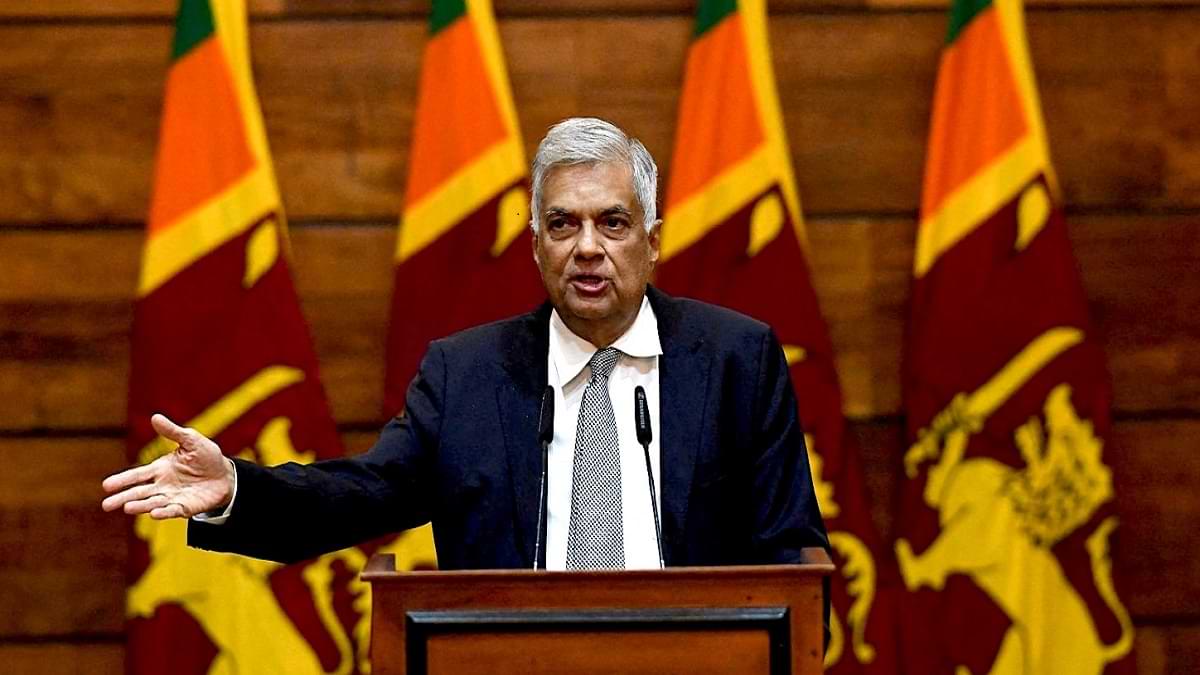 “The country is in a very difficult situation, we have big challenges ahead” said the newly appointed President. “Our divisions are now over,” he added.

The country is in a very difficult situation, we have big challenges ahead, says Sri Lanka’s newly appointed President Ranil Wickremesinghe: Reuters

Sri Lanka’s parliament had held a voting for Sri Lanka President 2022 on July 20, 2022 to replace Gotabaya Rajapaksa, who had fled abroad after his palace was stormed by angry protesters.

Ranil Wickremesinghe was the clear frontrunner as he had the formal backing of the leadership of Sri Lanka’s largest party, SLPP.

Sri Lanka’s main opposition leader Sajith Premadasa withdrew his candidature from the presidential race and extended his support to Dullas Alahapperuma for the top post.

Prime Minister Ranil Wickremesinghe was sworn in as the interim President of Sri Lanka on July 15, 2022.

He was sworn in as the acting president till the conclusion of the election process of new President by the Parliament.

This came after Sri Lankan President Gotabaya Rajapaksa formally submitted his resignation after fleeing the nation amid massive protests and storming of the presidential palace.