NASA has shared an image of which rainbow-coloured planet? - Today Quizzes
Skip to content

NASA has shared an image of which rainbow-coloured planet? 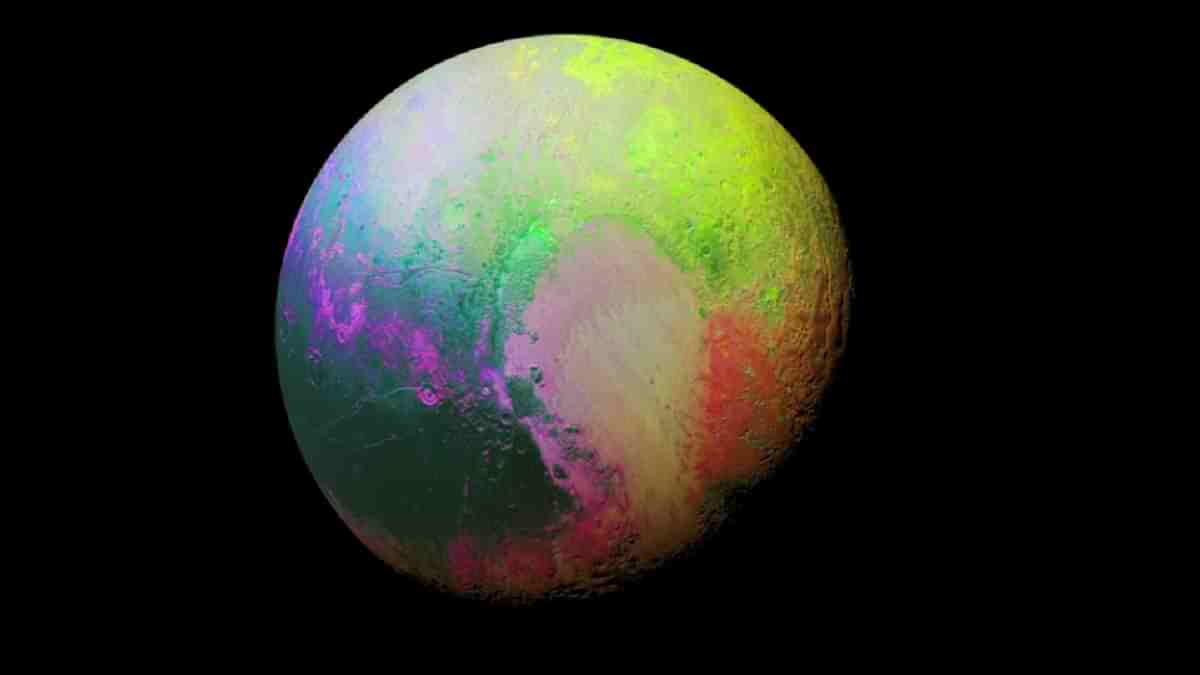 NASA Pluto Images: NASA shared a multicoloured image of pluto, which showcases the complex surface of the dwarf planet in a new light. The rainbow coloured image was created by scientists of the New Horizons mission to highlight the many subtle color differences between the planet’s distinct regions.

The NASA Pluto images showcase different areas of the planet in various psychedelic colours. The images have been taken by the New Horizons, a NASA mission that was launched on January 19, 2006 to study Pluto, its moons and other objects in the Kuiper Belt.

The New Horizons probe conducted a six-month-long flyby of Pluto and its moons in 2015 and it continues to explore the distant solar system.

NASA tweeted the multicoloured image of Pluto with a long post that started with, “Where does the rainbow end? Pluto isn’t really a psychedelic riot of colors—this translated color image was created by New Horizons scientists to highlight the many subtle color differences between the planet’s distinct regions.”

“Pluto has a complex, varied surface with jumbled mountains reminiscent of Europa, networks of carved-out valleys, old, heavily cratered terrain sitting right next to new, smooth icy plains, and even what might be wind-blown dunes,” NASA post further read.

The New Horizons space probe is helping answer basic questions about the worlds at the edge of our solar system by studying their surface properties, interior makeup, geology and atmospheres.