IAF's MiG-21 Fighter Jets to be grounded by 2025? - Today Quizzes
Skip to content 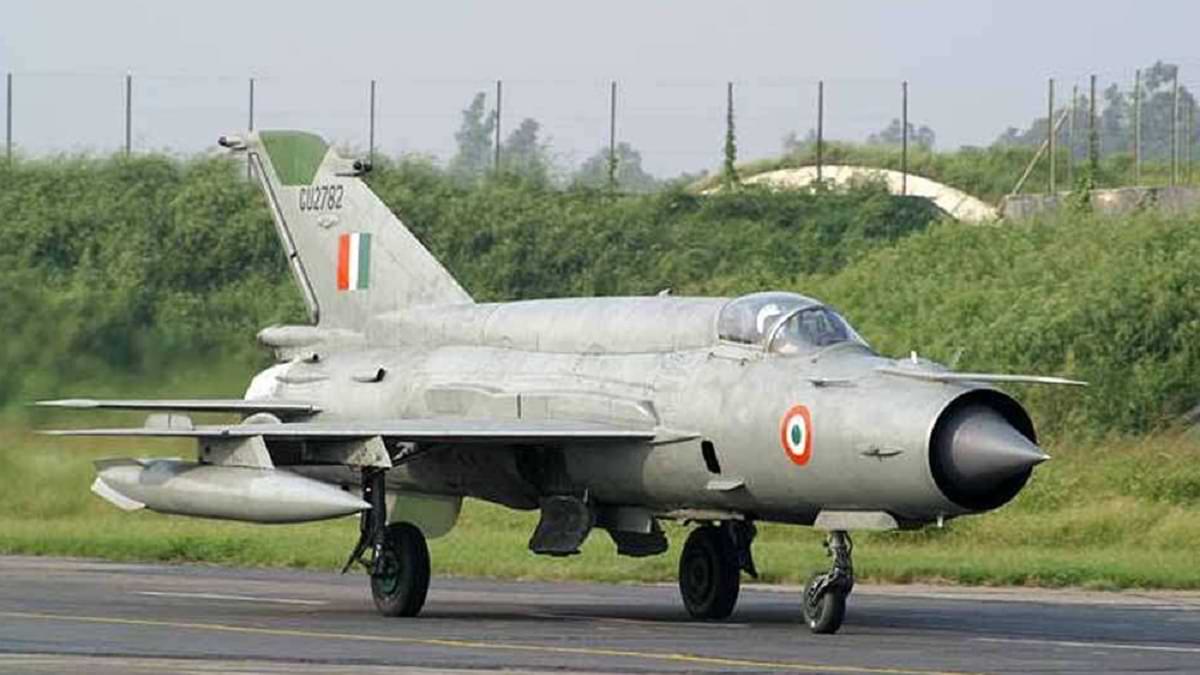 MiG 21 Crash 2022: The Indian Air Force’s four existing squadrons of the ageing MiG-21s fleet are expected to be grounded by 2025. The supersonic fighter jets were inducted by the IAF in 1963. They have been in news recently due to fatal crashes.

The IAF plans to retire the MiG-21 Fighter Jets by 2025 and start phasing out the three existing squadrons of MiG-29 fighter jets by 2027. As per a latest report, the IAF has drawn up a three-year timeline to phase out the MiG-21 fleet.

The IAF’s plan to phase out the MiG-21 aircraft was reportedly drawn up before the recent crash. It is a part of IAF’s drive to modernise its fighter jet fleet. The IAF currently has around 70 MiG-21 aircraft and 50 MiG-29 fighter jets.

MiG-21 fighter jets were once the mainstay of the Indian Air Force, However, the aircraft has been in news since the last couple of years for its very poor safety record. At least six MiG-21s fighter jets have crashed since January 2021, in which five pilots lost their lives.

How many MiG-21s have crashed in India?

The crashes have led people to question the safety of the ageing MiG-21 fleet, especially its maintenance and poor quality control of spares.

The first MiG-21 fleet was inducted into the Indian Air Force in 1963. India procured over 700 MiG-variants in the subsequent decades.

The Srinagar-based ’51 Sword Arms’ Squadron will be the first MiG-21 Squadron to be retired or ‘number-plated’ on September 30, 2020. The IAF will be retiring one squadron each of the MiG-21 fleet every year in the next three years. The number plating refers to retirement of a squadron, which generally comprises 17-20 aircraft.

The 51 Squadron had played a major role when the IAF had thwarted Pakistan Air Force’s retaliation a day after IAF’s Balakot strikes on the Jaish-e-Mohammed facility on February 26, 2019.

Group Captain Abhinandan Varthaman, who was then a Wing Commander in the Indian Air Force, had gone down during an aerial combat on the same day while shooting down a F-16. His plane had crashed in Pakistan’s territory and he was held captive for 60 hours before being released. He was later awarded Vir Chakra by then President Ram Nath Kovind.

Earlier, the soviet-era MiG-21 fighter jets played a major role in air operations as high-altitude supersonic interceptors, especially during the India-Pakistan 1965 and 1971 war.

The Defence ministry sealed a Rs 48000 crore deal with Hindustan Aeronautics Ltd (HAL) in February 2021 for the procurement of 83 Tejas fighter aircraft to replace the ageing fighter jet fleet.

The Indian Air Force is also in the process of acquiring 114 Multi-Role Fighter Aircraft (MRFA). India is also working to to develop a fifth-generation medium-weight deep penetration fighter jet as a part of an ambitious USD 5 billion project to bolster its air power capability.