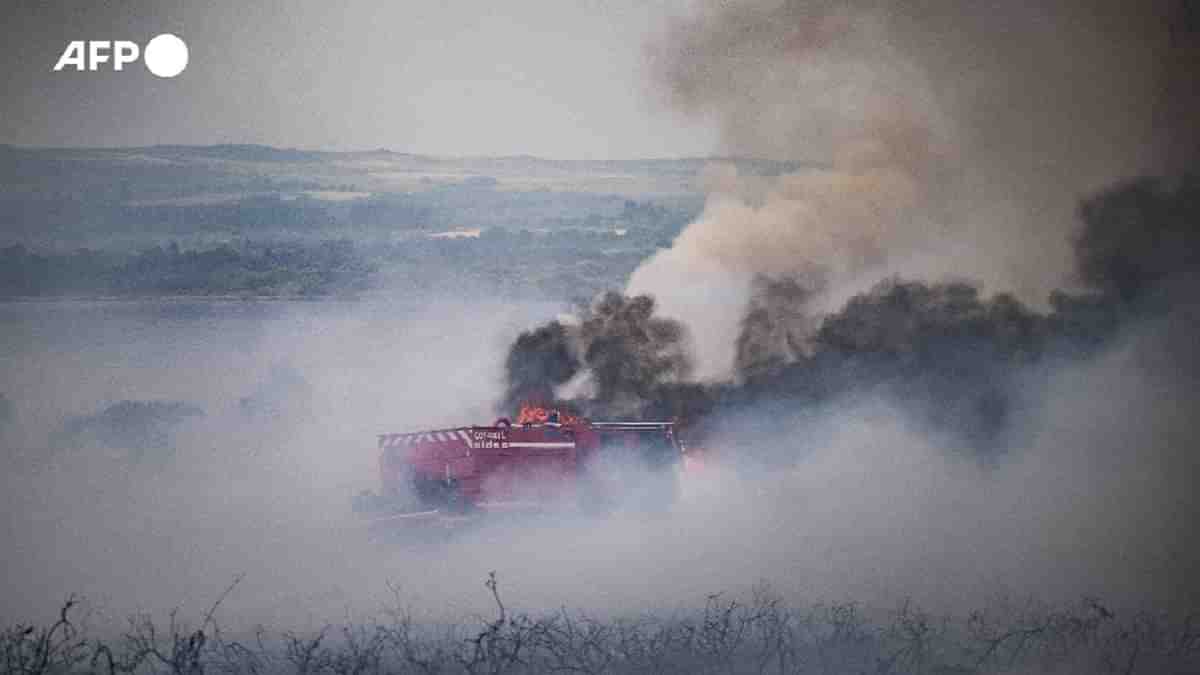 Europe Heatwave 2022: Much of Europe is reeling under searing heatwave and wildfire fueled by Climate Change, which is causing massive loss of life and biodiversity. Hundreds of people were evacuated from the moutainside suburbs of Athens early on July 20, 2022 due to surging wildfire. Firefighters have deployed planes and helicopters to control the spread as wildfire rages across Mount Penteli on the outskirts of Athens, Greece.

Climate change is causing wildfires and severe heatwaves in Europe?

Firefighters and soldiers in Spain, Portugal, France, Greece and Morocco are battling wildfires across thousands of hectares across Europe. According to scientists, this is consistent with climate change.

Heatwaves have become more frequent in recent years in many parts of the world, including India and the US. They further noted that at a time when strict actions are required to control the rise in temperature, major economies are still struggling to put in place an effective climate policy that is able to deal with this impending crisis.

The total carbon emissions from wildfires in Spain was the highest seen in June-July period since 2003. Two massive fires in southwest of France have created apocalyptic scenes of destruction.

A high-level of ground-level ozone pollution can cause respiratory and cardio-vascular illness in people as per Mark Parrington, Senior Scientist from the Copernicus Atmosphere Monitoring Service.

Ozone is formed due to reaction of emissions from fossil fuels and other man-made pollutants in sunlight. Experts have emphasised that cutting emissions of these pollutants is “crucial” to battle climate change, especially when the daily maximum levels of surface ozone reached unhealthy levels in countries like Spain, Italy and Portugal.

A very high level of surface ozone is being seen in several areas of northern and western part of Europe with the rise in global temperature and it is expected to peak further in the coming days.

High-level of surface ozone can lead to following health risks-

A team of scientists at Canada’s Waterloo University discovered a large ozone hole in the lower stratosphere over the tropics, which is seven times larger than the one over Antarctica. The new ozone hole has reportedly been there for over 30 years.  The study was published in AIP Advances journal.