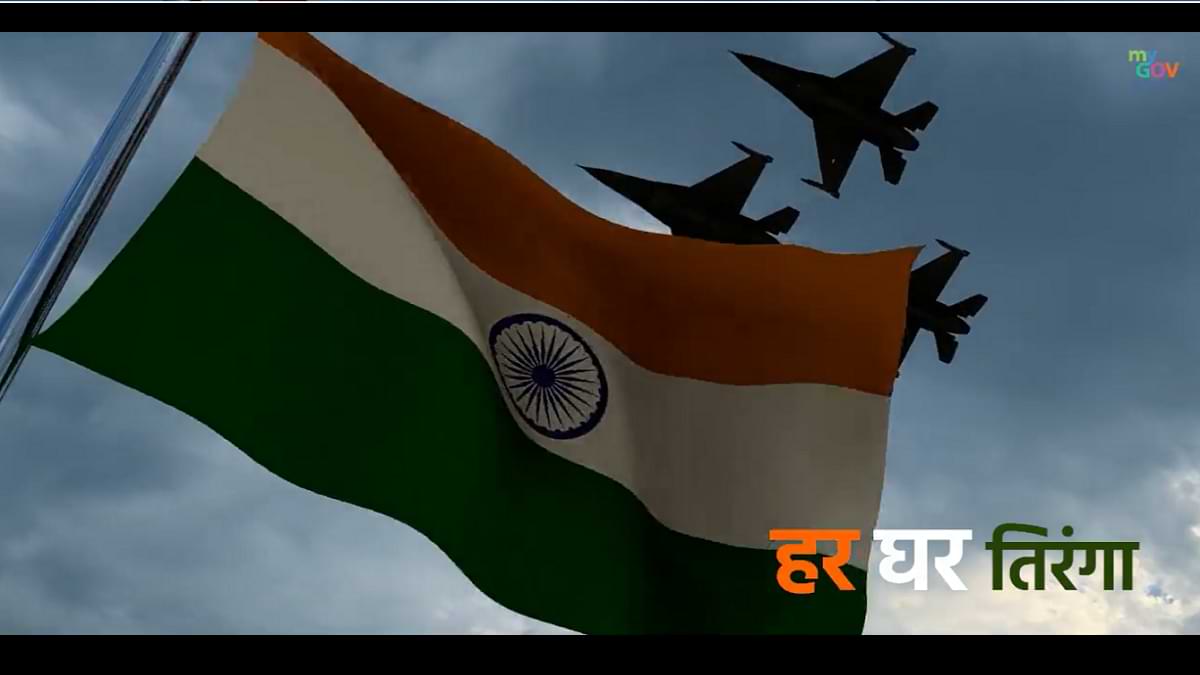 PM Modi made the appeal on July 22nd, on the occasion of National Flag Day. He said that July 22nd has a special relevance in our history. “It was on this day in 1947 that our National Flag was adopted. Sharing some interesting nuggets from history including details of the committee associated with our Tricolour and the first Tricolour unfurled by Pandit Nehru,” he tweeted.

Today, we recall the monumental courage and efforts of all those who dreamt of a flag for free India when we were fighting colonial rule. We reiterate our commitment to fulfil their vision and build the India of their dreams. pic.twitter.com/fRcAMVHV9F

Union External Affairs Minister Dr. S Jaishankar tweeted urging citizens in India and abroad to join the HarGharTiranga movement between 13th and 15th August. The Minister said that the Indian National Flag is the most visible symbol of what it means to be an Indian.

“Today, 75 years after the tricolour was adopted as our national flag, reaffirm our commitment to ensuring that it always keeps flying high,” he tweeted.

In India or abroad,do join the #HarGharTiranga movement between 13th and 15th August.https://t.co/GwVCWbV2qs

Union Minister Education Minister also tweeted saying that 135 crore Indians joining the Har Ghar Tiranga movement will be a wonderful tribute to our greats and forefathers who toiled for a free India.

As a part of the #AmritMahotsav let us hoist the tricolour 🇮🇳at our homes between 13th and 15th August with pride and fervour.

135 crore+ Indians joining the #HarGharTiranga movement will be a wonderful tribute to our greats and forefathers who toiled for a free India. pic.twitter.com/LfFvGiOtEL

How to participate in Har Ghar Tiranga Abhiyan?

What is Har Ghar Tiranga Abhiyan?

Har Ghar Tiranga Abhiyan is a movement launched by the central government under the Azadi Ka Amrit Mahotsav to encourage people to bring the hoist the Tiranga to mark the 75th year of India’s independence.

The aim of the Har Ghar Tiranga initiative is to invoke the feeling of patriotism in the hearts of citizens and promote awareness about the Indian National Flag.

The act is not only symbolic but also on of personal connection to the Tiranga and embodiment of our commitment to nation-building.

Overjoyed by the enthusiastic response towards #HarGharTiranga movement. https://t.co/iQdaer9dSe

The Flag Code of India was brought into effect on January 26, 2002. It allows display of the national flag by individuals and institutions in their homes and institution buildings.

1. The National Flag should occupy the position of honor and be distinctly placed.

2. A damaged or disheveled National Flag of India should not be displayed.

3. The National Flag of India can be handspun, handwoven or machine made from cotton, silk, polyester, khadi, wood and bunting fabric.

4. The National Flag should not be displayed in an inverted manner, which means that the saffron coloured band should not be at the bottom.

5. The National Flag should not be dipped in salute to any person or thing.

6. No other flag or object including flowers or garlands or emblem should be placed higher than or above or side by side with the National Flag.

8. It should not be displayed or fastened in any manner that may damage it.

9. Under Section III of Part III of the Flag Code of India, where the National Flag is hoisted, it should be flown on all days from sunrise to sunset, irrespective of the weather.

10. The National Flag should be hoisted briskly and lowered slowly.