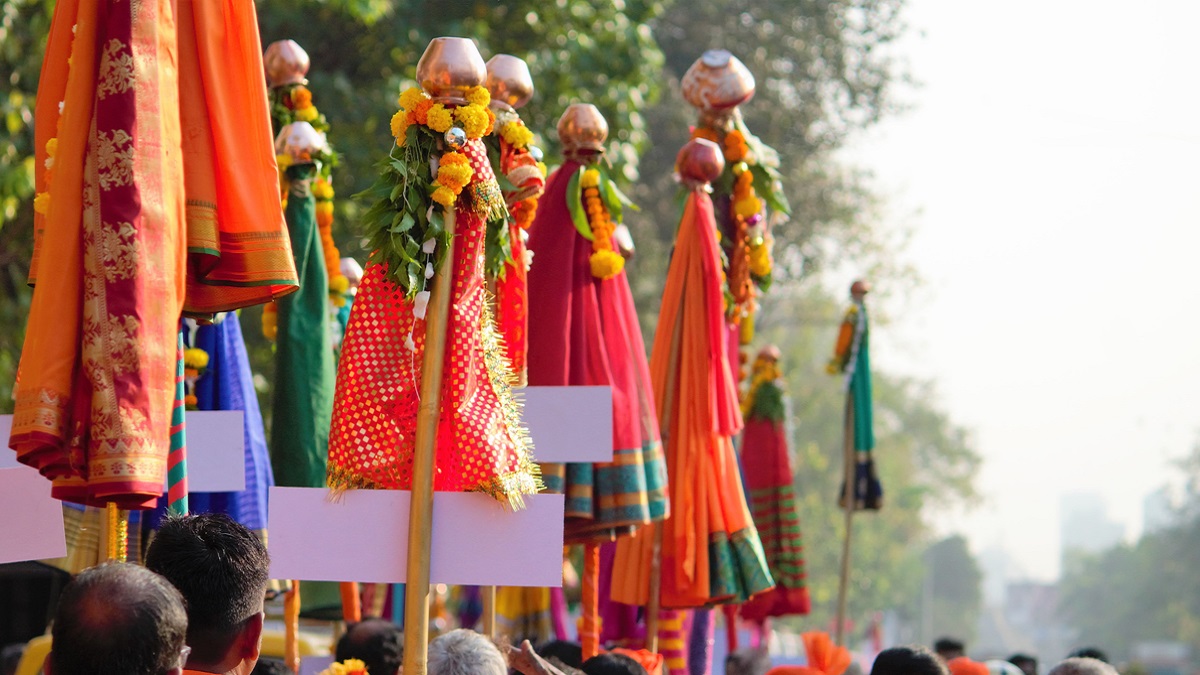 Gudi Padwa is celebrated on the first day of the Chaitra month every year. People celebrate the festival by cleaning their houses and decorating it with rangolis and mango and neem leaves. The traditional Gudi flags are also hoisted on the terrace of houses.

Gudi Padwa is celebrated as Ugadi in other states including Telangana, Karnataka and Andhra Pradesh.

What is Gudi Padwa?

Why is Gudi Padwa celebrated?

Gudi Padwa is celebrated to mark the start of a new year, invite prosperity and good luck in the houses and ward of evil.

The Gudi Padwa flag comprises a bright colourful cloth or silk scarf that is tied at the top of a long bamboo stick with neem and mango leaves and sugar candy garland, capped with silver, copper and bronze pot

Gudi Padwa festival is associated with Hindu Mythology. As per some Hindu legends, Lord Brahma had created the universe on this day. It is believed that Lord Brahma introduced days, weeks, months, and years on this day. Hence, it is a rare occasion when Lord Brahma is worshipped.

Other legends suggest that Gudi Padwa marks the coronation ceremony of Lord Rama after he returned to Ayodhya along with his wife Sita and brother Lakshmana after 14 years of exile. The festival celebrates his victory over Ravana.

The Gudi Padwa festival holds great significance in Maharashtra and rabi crops are reaped after the celebration, marking the arrival of spring season.

Gudi Padwa in other states

The people of Andhra Pradesh celebrate Ugadi festival on the same day to celebrate the first day of the creation of the universe by Lord Brahma.