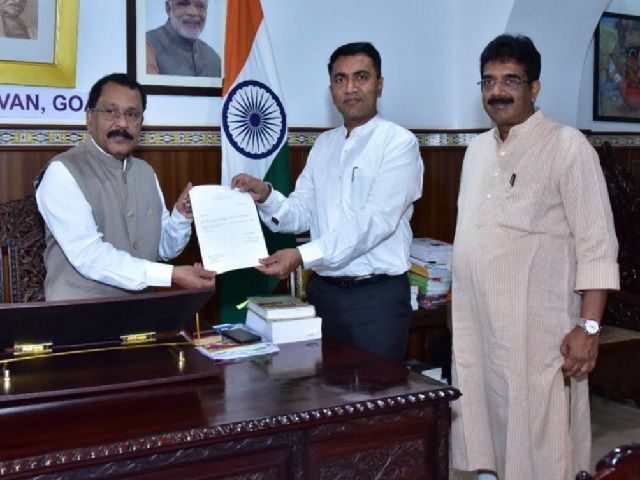 Chief Minister of Goa Pramod Sawant resigned from the post on March 12, 2022, to pave the way for the formation of a new Government in the state. The resignation came two days after his party- Bharatiya Janata Party emerged as the single largest force by winning 20 seats in the 40-member assembly.

Pramod Sawant met the Governor of Goa P S Sreedharan Pillai at the Raj Bhavan around noon and submitted his resignation as the CM of Goa.

Claim to form new Government yet to be decided

Pramod Sawant has said that the date of staking claim to form the new BJP Government in Goa is yet to be decided by the party.

He informed that the party’s central observers will visit Goa and the other three states- UP, Uttarakhand, and Manipur, where the BJP has retained power, after which the dates of swearing-in in the respective states will be announced.

Sawant also said that the procedure to stake claim to form the new Government has already started with the state cabinet on March 11, 2022deciding to recommend the dissolution of the House on March 14.

BJP campaign in Goa for the Assembly Elections 2022 was with Pramod Sawant’s face as the CM candidate. He assumed office in 2019.

Bharatiya Janata Party on March 10, 2022, made a hattrick in Goa after winning the elections with 20 seats for 40 assembly seats. To prove the required majority of 21 seats, BJP will have the support of 3 Independents and the Maharashtrawadi Gomantak Party.

The result of Goa Assembly Elections 2022 was announced on March 10 along with the UP, Uttarakhand, Punjab, and Manipur. Except for Punjab where AAP won with a majority, BJP made a historic comeback in all four states.