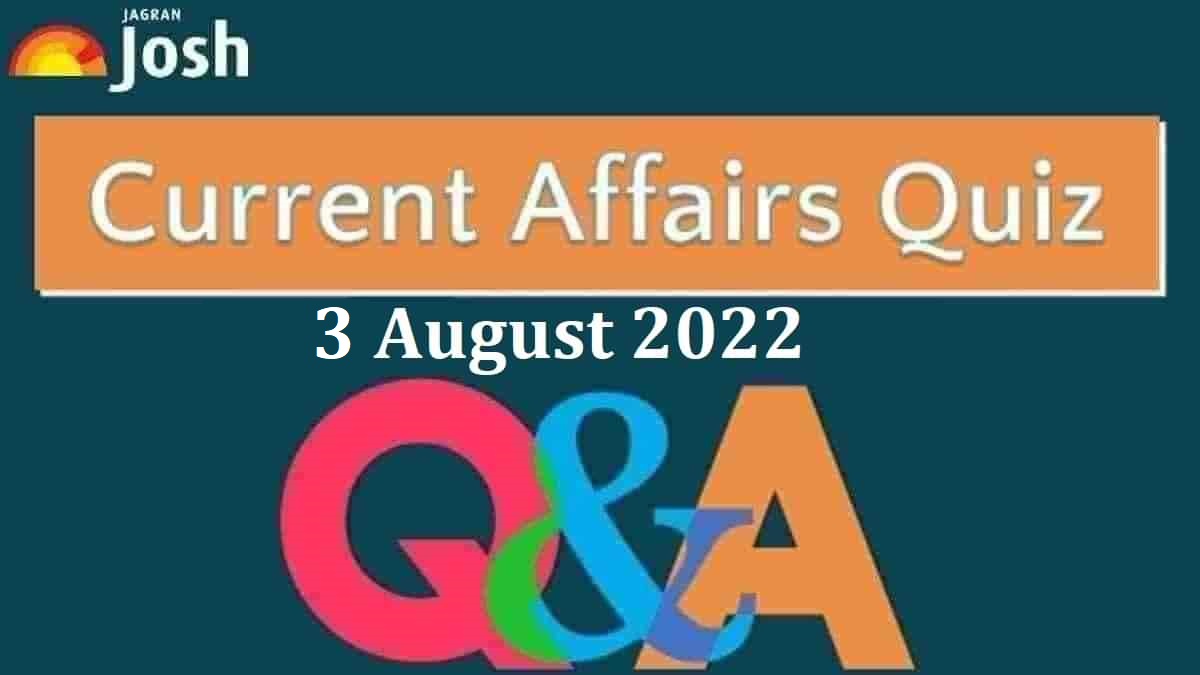 1.India won a historic gold in which among the following sports for the first-ever time at Commonwealth Games?

2.The Indian badminton mixed team won which medal at the Commonwealth Games 2022?

3.Vikas Thakur who won silver medal for India at Commonwealth Games 2022 is associated with which sport?

4.The US confirmed the killing of terrorist leader Ayman al-Zawahri recently in a drone strike. He was the leader of which terror outfit?

5.Who is Nancy Pelosi?

6.A mysterious sinkhole has been discovered in which nation?

7.ISRO has earned how much in forex through satellite launches?

The Indian Lawn Bowls team scripted history by clinching gold in the women’s fours final at Birmingham Commonwealth Games 2022 on August 2, 2022. This is India’s first-ever medal in the sports event. The Indian lawn bowls team defeated South Africa by 17-10 in the final of the women’s fours event after 15 ends. India’s lawn bowl team included Lovely Choubey, Pinki Chaudhary, Nayanmoni Saikia and Rupa Rani Tirkey. They have become the first Indian athletes in CWG history to win a gold medal in the sport.

India won silver in the badminton mixed team event after losing the final against Malaysia by 1-3 on August 2, 2022. PV Sindhu was the sole Indian player to win a match in the final event. The Indian duo of Chirag Shetty and Satwiksairaj Rankireddy, Kidambi Srikanth and the pair of Treesa Jolly and Gayatri Gopichand also went down against their Malaysian opponentrs despite hard-fought matches. PV Sindhu had taken on Malaysia’s Jin Wei Goh in the second match and won the game by 22-20, 21-17.

The Indian weightlifter Vikas Thakur won a silver medal in the men’s 96kg final with a combined lift of 346 kg at the ongoing Commonwealth Games 2022 in Birmingham on August 2, 2022. He lifted a total of 155kg in snatch category and 191kg in clean and jerk.

5.(b) US House of Representatives Speaker

The Chilean authorities started investigating a mysterious sinkhole, bigger than a tennis court, on August 1, 2022. The hole is about 25 meters (82 feet) in diameter and it appeared over the weekend in a mining area in the north of the country. The sinkhole has appeared near a copper mine in the Atacama desert.