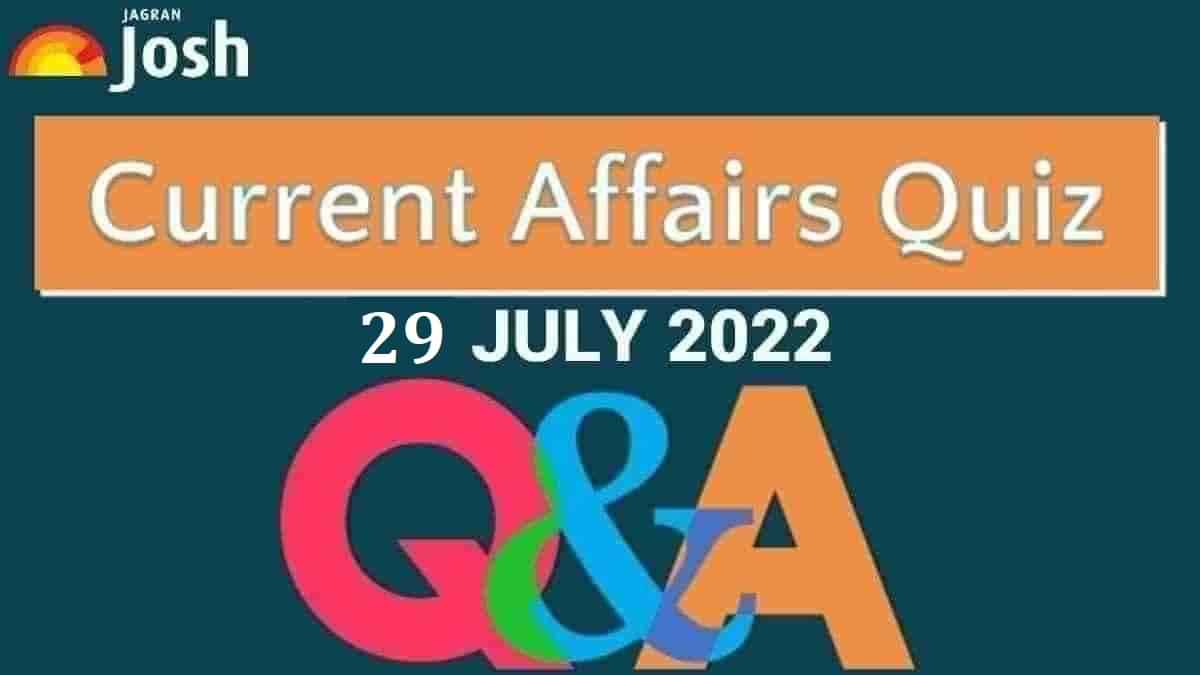 1.The Centre has set up Rashtriya Khanij Puraskar to promote which activity across the country?

2.When is International Tiger Day observed?

3.A mysterious red glow was seen over which ocean?

4.Which Indian state/ UT is planning to make the world’s largest Tiranga on August 4th?

5.Youngsters above what age can now apply in advance to enroll in Voter’s list?

6.What is the name of India’s first Indigenous Aircraft Carrier that was delivered to the Indian Navy recently?

7.Agriculture Census is conducted in a gap of how many years?

International Tiger Day is celebrated across the world on July 29th. This year marks the 12th International Tiger Day. The day is observed to raise awareness about the conservation of Tigers and the risks and challenges faced by them. The day also aims to promote a global system to protect the natural habitats of tigers.

A mysterious red glow was spotted over the Atlantic Ocean by a pilot, that has sent the Internet into a tizzy without dozens of theories including a comparison to the Stranger Things underwater portal. The mysterious red light over the Atlantic was seen and photographed by pilot Dustin Maggard from a cockpit 31,000 feet over the ocean. The pilot said that he hasn’t seen anything like that before.

The election commission of India has informed that youngsters above 17 years of age can now apply in advance to get their names enrolled in the Voter’s list. The ECI stated that they do not have to necessarily await the pre-requisite criterion of attaining the age of 18 years of age on January 1st.

The Indian Navy on July 28, 2022 received India’s first Indigenous Aircraft Carrier ‘Vikrant’ from Cochin Shipyard Limited (CSL) in Kochi.  Indian Navy has created maritime history today by taking delivery of made-in-India Aircraft.The aircraft has been built by CSL, a Public Sector Shipyard and designed by the in-house Directorate of Naval Design (DND). The carrier has been christened after India’s first Aircraft Carrier, which played a vital role in the 1971 war.

Union Minister for Agriculture and Farmers Welfare Narendra Singh Tomar launched the 11th Agricultural Census (2021-22) on July 28, 2022. The agriculture Census is conducted every 5 years. The census is being undertaken now after a delay due to COVID-19 pandemic. The field work for the census will start in August 2022.