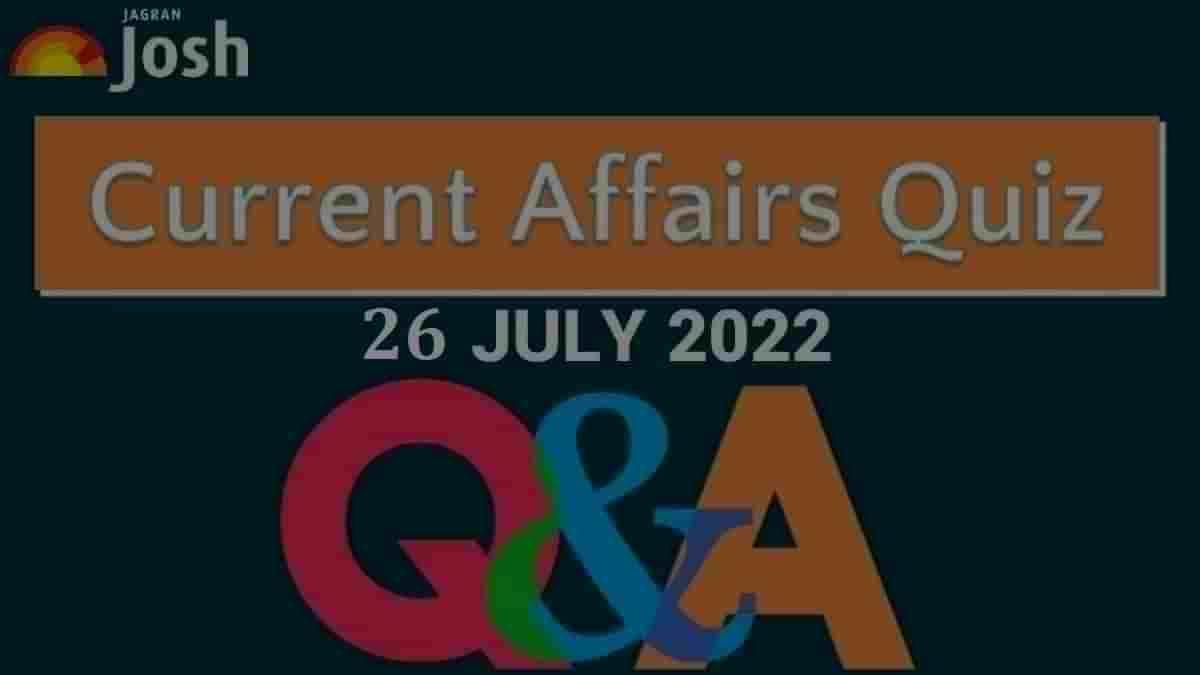 1.When is Kargil Vijay Diwas observed?

2.The central government has amended which part of the Flag Code of India to allow the Tricolour to be hoisted day and night?

3.Who among the following athletes has pulled out of Commonwealth Games 2022 due to injury?

4.Who has been appointed as the new Prime Minister of Kuwait?

6.India’s bioeconomy is expected to touch how much billion by 2025?

7.Who is the new no.1 ranked T20I batter in ICC Women’s Player Rankings?

Kargil Vijay Diwas is observed every year on July 26th, to commemorate India’s victory over Pakistan in the Kargil War. The day is observed in honour of the Kargil War Heroes who played a key role in ousting the Pakistani forces from their occupied positions on the mountain tops of Northern Kargil District in Ladakh in 1999.

The central government has amended Part II of Flag Code of India to allow the national flag of India to be displayed in the open and on houses and buildings “day and night”. The clause (xi) of Para 2.2 of Part II of the Flag Code of India 2002 has been revised to “Where the flag is displayed in open or displayed on the house of a member of the public, it may be flown day and night”. The clause had earlier read that the flag should, as far as possible, be flown from sunrise to sunset, irrespective of weather conditions.

Olympic gold medalist and star Indian javelin thrower Neeraj Chopra has pulled out of Commonwealth Games 2022 in Birmingham due to an injury, which he sustained during the finals of the World Athletics Championships in Oregon. The news comes as a major blow to India’s medal chances in the javelin throw. Chopra recently won India’s first-ever silver medal at the World Athletics Championships.

The Emir of Kuwait issued a decree on July 24, 2022 appointing Ahmad Nawaf Al-Ahmad Al-Sabah as the new Prime Minister of Kuwait. He replaces caretaker premier Sheikh Sabah Al Khalid. He will now be required to form a new cabinet in the country. Ahmad is the eldest son of Kuwaiti Emir Nawaf Al-Ahmad Al-Jaber Al-Sabah and had served as the Kuwait National Guard Deputy Commander between November 2020-March 9, 2022.

India’s bioeconomy is likely to touch USD 150 billion by 2025 and USD 300 billion by 2030, as per the India BioEconomy Report 2022 released on July 19, 2022. The report has been brought out by the Biotechnology Industry Research Assistance Council (BIRAC) based on the data from the biotech sector’s contribution to the economy. As per the report, India’s bioeconomy reached over USD 80 billion in 2021 and registered a 14.1 percent growth in 2020.

Australian captain Meg Lanning is the new No.1 ranked T20I batter in the ICC Women’s T20I Player Rankings. She jumped one place to surpass her teammate Beth Mooney after Australia’s tri-series against Pakistan and Ireland. Beth Mooney is now ranked second, followed by Sophie Devine at third place. Indian batters Smriti Mandhana and Shafali Verma make up the rest of the top 5 Women’s T20I batters, with 4th and 5th rank respectively.