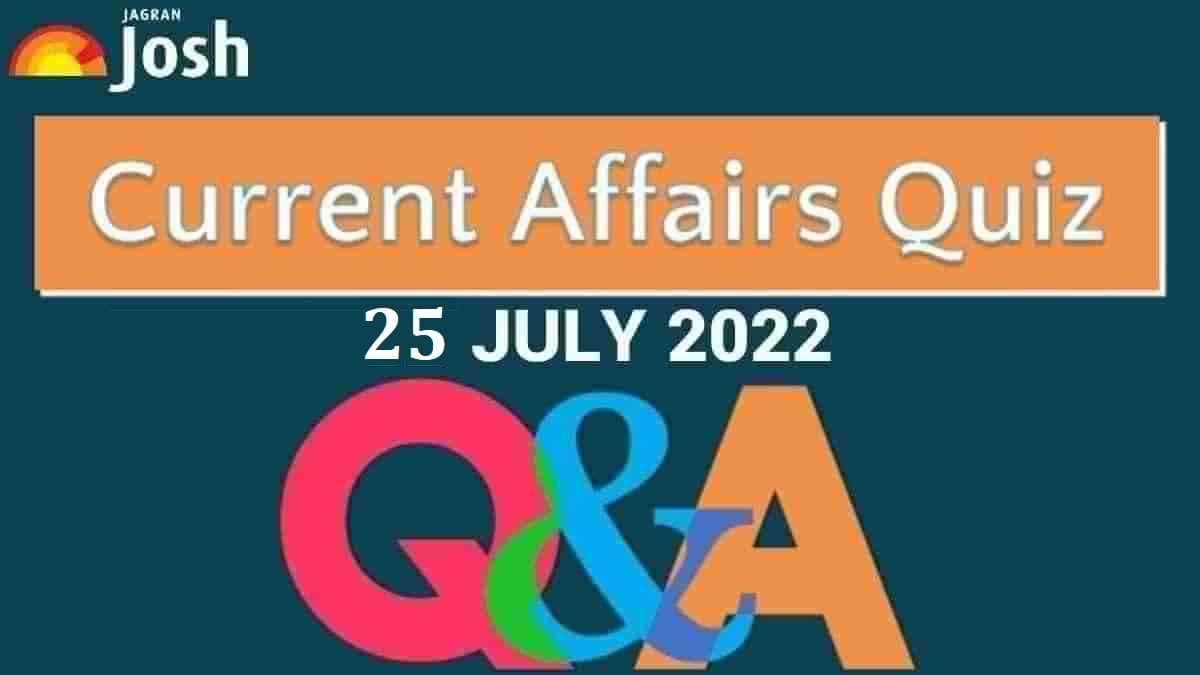 1.Who has become the first-ever Indian to win silver at World Athletics Championships?

2.Who is the first Indian President to be born in independent India?

5.Who has been appointed as the new Prime Minister of Sri Lanka?

6. Which state government has decided to launch ‘Family Doctor Project’ on a pilot basis from August?

7. Who has become the tenth player to hit a century in the 100th ODI match?

Olympic gold medalist Neeraj Chopra became the first-ever Indian athlete to win gold with a throw of 88.13 meters in the men’s Javelin finals at the World Athletics Championships on July 24, 2022. He had started the final event with a foul throw, followed by throws of 82.39m and 86.37m. He finally recorded the distance of 88.13m in his fourth attempt and came in contention for the silver medal. Anderson Peters of Grenada won the gold medal in the event with a throw of 90.54m. The other Indian in the final event, World Championships debutant Rohit Yadav finished at the 10th position with throws of 78.72m, 78.05m and 77.95m.

Droupadi Murmu took oath as the 15th President of India on July 25, 2022. The Chief Justice of India, NV Ramana administered the oath of office of President in the Central Hall of Parliament. She has become the second woman President of India and first-ever tribal woman to hold the highest Constitutional post. She is also the first Indian President to be born in independent India.

The 68th National Film Award for Best Director was awarded to Sachidanandan KR posthumously for the 2020 Malayalam film Ayyappanum Koshiyum. Biju Menon won the Best Supporting Actor award for the same film. The film also won two other National Awards including Best Action Direction and Best Female Playback Singer and Best Stunt Choreography. Sachy passed away on June 18, 2020 due to cardiac arrest at the age of 47.

Andhra Pradesh state government has decided to implement the “Family Doctor Project” on a pilot basis in Padmanabham mandal of Visakhapatnam district. The project is expected to be launched from August 15, 2022. It aims to improve health services, especially among the rural population. Under the project, a doctor from Primary Health Centre (PHC) will look after the health needs of people in Ward and Village Sachivalayam and provide patient services for the residents from 9 am to 12.30 pm and 1:30 pm to 4:30 pm.

West Indies batsman Shai Hope became the tenth batsman to score a century in his 100th ODI on July 24, 2022. He achieved the feat during the second ODI against India at Queens’ Park Oval at Port of Spain. He is the fourth West Indies batter to do so. He scored 115 runs off 135 balls after he was dismissed by Shardul Thakur. The other nine cricketers who have achieved the feat include Chris Cairns, Gordon Greenidge, Mohammad Yousuf, Chris Gayle, Kumar Sangakkara, David Warner, Marcus Trescothick, Ramnaresh Sarwan and Shikhar Dhawan.