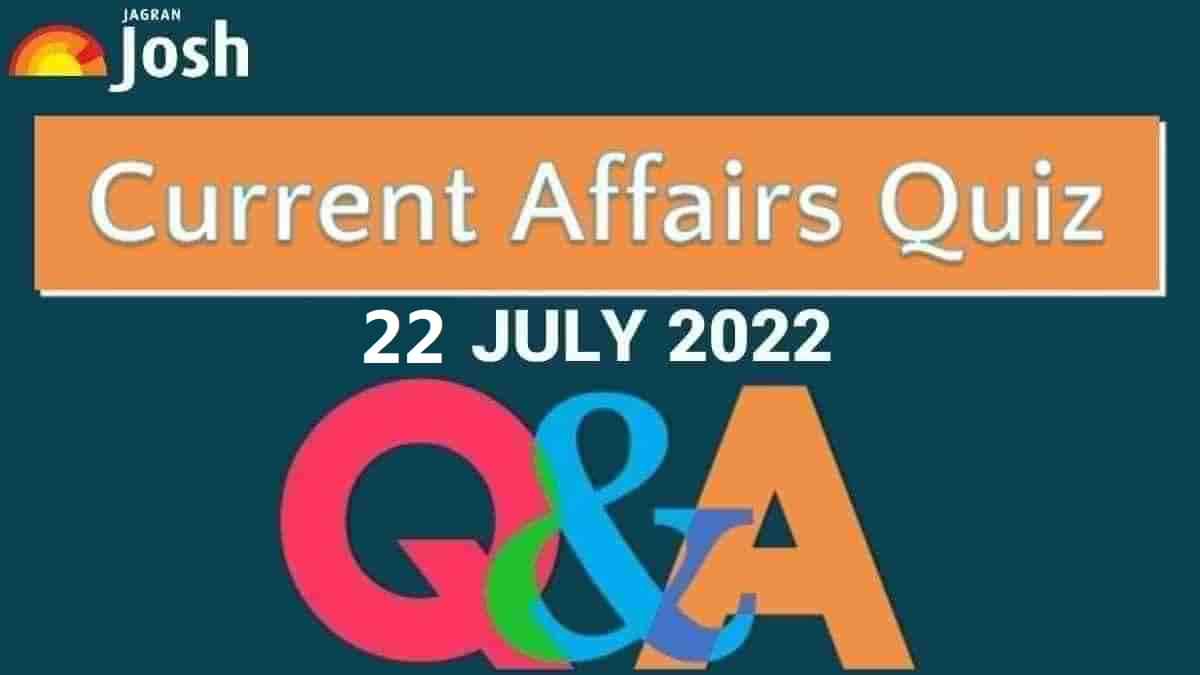 1.When is National Flag Day observed in India?

3. PM Modi has urged citizens to hoist the national flag at their homes on which day under Har Ghar Tiranga movement?

4.Which country will face early elections after the President dissolved both the chambers of the Parliament?

5.The Asia Cup 2022 will be shifted to which nation from Sri Lanka?

6.Which world leader has tested positive for COVID-19 recently?

7.African Swine Fever has been reported in which southern Indian state?

India celebrates National Flag Day on July 22nd to commemorate adoption of the Indian tricolour. The Constituent Assembly had adopted the Tricolor in its present form on July 22, 1947. The Indian national flag was hoisted for the first time in Independent India by first Prime Minister Jawaharlal Nehru at Red Fort on August 16, 1947. Prime Minister Narendra Modi has urged people to join the Har Ghar Tiranga movement and hoist the tricolour at their homes between August 13 and August 15.

Droupadi Murmu had served as the 9th Governor of Jharkhand between 2015 and 2021. She had become India’s first woman tribal governor and the first female tribal leader from Odisha to be appointed as a governor of an Indian state. She also served as a member of the Odisha Legislative Assembly twice from the Rairangpur constituency, representing the BJP.

Prime Minister Narendra Modi has urged citizens to hoist the national flag of India at their homes and offices between August 13 and 15 to strengthen the Har Ghar Tiranga Movement. The Prime Minister said that July 22 has a special relevance in India’s history as it was on this day in 1947 that the National Flag was adopted.

Italian President Sergio Mattarella dissolved the two Chambers of Parliament on July 222, calling for early elections in the country. The President made the announcement during an address to the country after accepting the resignation of Prime Minister Mario Draghi. The Italian Prime Minister had confirmed his desire to resign after major coalition partners abstained from voting in a confidence vote, which his government won by a very thin majority.

The Board of Control for Cricket in India (BCCI) President Sourav Ganguly confirmed on July 21, 2022 that the Asia Cup 2022 will be shifted from Sri Lanka to the UAE. Ganguly informed that the Asia Cup 2022 will be held in the UAE, as it is the only place where there won’t be rain during that time. The Sri Lankan Cricket Board has decided to shift the tournament amid ongoing economic crisis in the country.

US President Joe Biden tested positive for COVID-19 on July 21, 2022, He is experiencing a runny nose, fatigue with an occasional dry cough, confirmed physician Dr Kevin O’Connor in a letter to the White House press secretary. The US President is fully vaccinated and has received two booster shots.

African Swine Fever (ASF) was reported at a farm in the Wayanad district of Kerala. This was confirmed by the state’s Animal Husbandry Minister J Chinchurani on July 22, 2022. The ASF is a highly communicable disease with no vaccine. It was earlier reported in north-eastern states of Assam, Tripura, Mizoram and Sikkim. Uttarakhand also reported cases of the African Swine fever in early July.