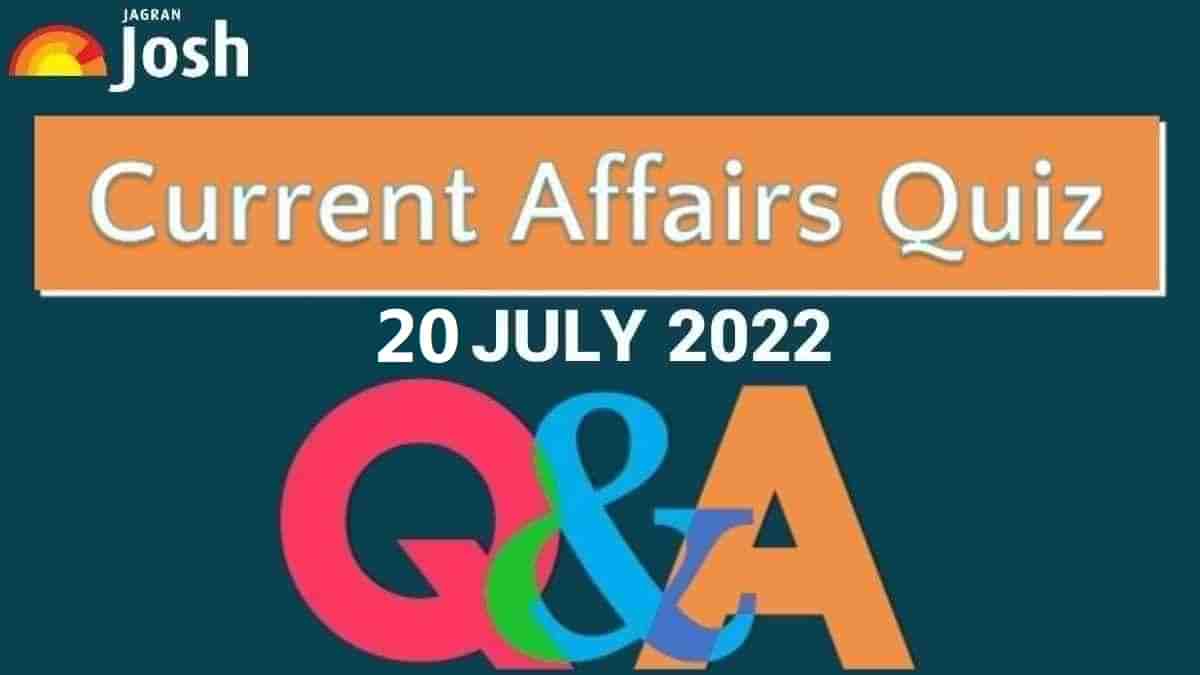 1.Which country has the most powerful passport in the world, as per Henley Passport Index 2022?

2.India has signed a pact with which country for the reintroduction of cheetahs?

3.Who will head the committee constituted by the centre on Minimum Support Price (MSP)?

4.Who has been elected as the new President of Sri Lanka?

7.The Union Cabinet has approved signing of an MoU in the field of Judicial Cooperation with which country?

India signed a Memorandum of Understanding with Namibia on July 20, 2022 for the reintroduction of cheetahs in the country. India had declared cheetah as extinct in the country in 1952. The first batch of cheetah comprising four male and four female cheetahs will arrive from Namibia in India in August. India is also in talks with South Africa regarding the same.

The central government has constituted a committee under the chairmainship of former agriculture secretary Sanjay Agarwal to make Minimum Support Price (MSP)” more effective and transparent. The committee has been created almost 8 months after the withdrawal of the three farm Acts. The other members of the committee will include NITI Aayog member Ramesh Chand, IIM Professor Sukhpal Singh, Agricultural Department Secretary, Chairman of Indian Farmers Fertiliser Cooperative Dilip Sanghani, Indian Council of Agricultural Research Secretary, Food and Consumer Affairs Secretary, Cooperation and Textiles Secretary and representatives from state governments of Andhra Pradesh, Odisham Sikkim and Karnataka.

The Union Cabinet chaired by the Prime Minister Narendra Modi on July 20, 2022 approved signing of a Memorandum of Understanding (MoU) between India and Judicial Service Commission of the Maldives in the field of Judicial Cooperation. This is the eighth MoU that has been signed between India and other countries in the field of Judicial Cooperation. The agreement will provide a platform to tap benefits of Information Technology for court digitization. It can also be a potential growth area for the IT companies and start-ups of both the countries.