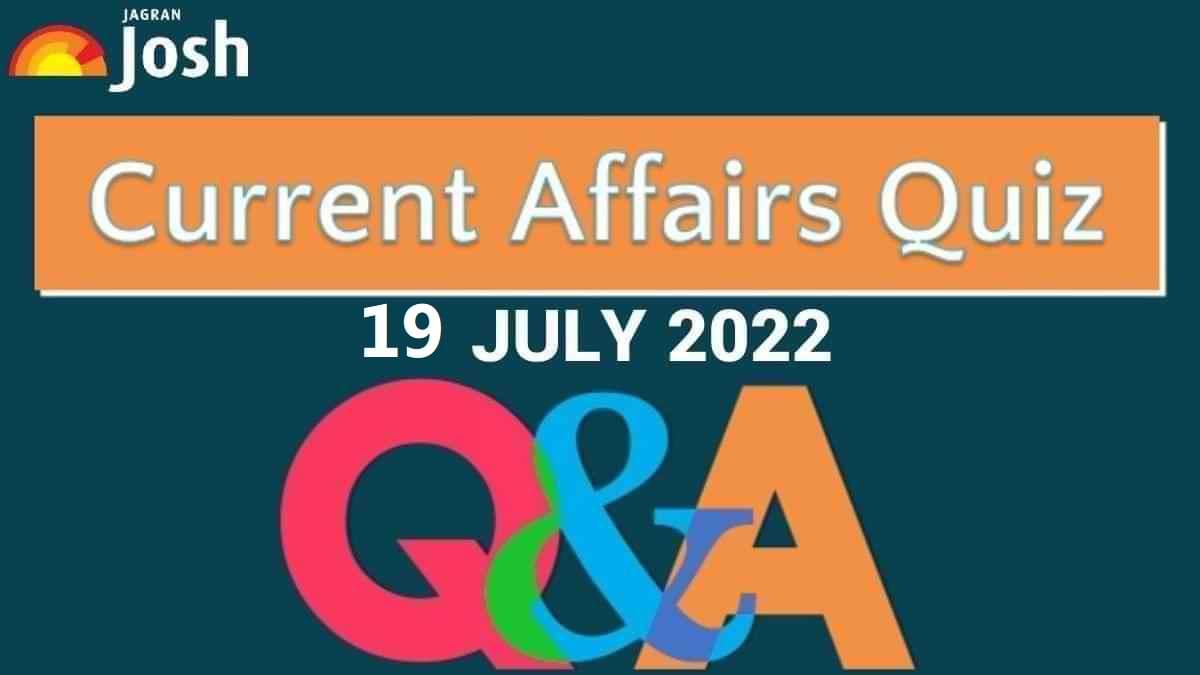 1.How much percent GST will be levied on pre-packaged and labeled food items?

2.Which West African country has reported its first outbreak of deadly Marburg virus?

3.Name the veteran singer who is credited for introducing Spanish guitar to Ghazal style?

4.Which English cricketer has announced his retirement from ODI Cricket?

5.Denesh Ramdin, who announced his retirement from international cricket recently, was the captain of which nation’s team?

6.Who will be the new Chief of National Stock Exchange?

8.What is the name of the submarine which was recently decommissioned from the Indian Navy?

Ghana, a country in West Africa, has officially confirmed two cases of the deadly Marburg virus. The two patients, both deceased, tested positive for the highly infectious virus in the southern Ashanti region of Ghana. The World Health Organization (WHO) confirmed the same in a statement on July 17, 2022. The two Malburg cases in Ghana were unrelated. Marburg is a highly infectious viral hemorrhagic fever, which belongs to the same family as the Ebola virus disease and has a fatality ratio of up to 88 percent. Marburg virus symptoms include high fever, severe headache and malaise.

Renowned singer Bhupinder Singh passed away at the age of 82 on July 19, 2022. He passed away due to heart attack, confirmed his wife Mithali Singh. He was 82. The singer was undergoing treatment related to several health complications at a Mumbai hospital for the past 10 days. He had been ailing for a long time. The eminent musician was known to be one of the most unique in playback singing. He is credited for introducing Spanish guitar, bass and drums to the ghazal style.

Ben Stokes, England all-rounder, announced his retirement from ODI cricket on July 18, 2022. The 31-year-old took to social media to make the shocking announcement. He said that the first ODI between England and South Africa in Durham will be his last match in the format. Ben Stokes was recently named captain of England’s Test team. He said in his note that he will give everything he has to Test cricket and T20 format.

Former West Indies captain and wicketkeeper-batsman Denesh Ramdin announced his retirement from international cricket on July 18, 2022 with immediate effect. The cricketer had played his last match for West Indies in a T20I in December 2019. He had played 74 Tests, 139 ODIs and 71 T20Is. He had made his debut in Test cricket in July 2005 against Sri Lanka.

The Securities and Exchange Board of India (Sebi) has approved the appointment of Ashish Kumar Chauhan as the next Chief of National Stock Exchange (NSE). He is currently serving as the MD and CEO of Bombay Stock Exchange and his term is expected to end in November 2022. He will succeed Vikram Limaye as NSE Chief, whose five-year term ended on July 15.

INS Sindhudhvaj was decommissioned by the Indian Navy at a ceremony on July 16, 2022, after serving for 35 years. The naval ship was the flag-bearer of indigenization and the Indian Navy’s efforts to achieve ‘Atmanirbharta’ in Defence Sector. The ship undertook operationalisation of the indigenised sonar USHUS and indigenised satellite communication systems Rukmani.It also had an indigenised torpedo fire control system and inertial navigation system.