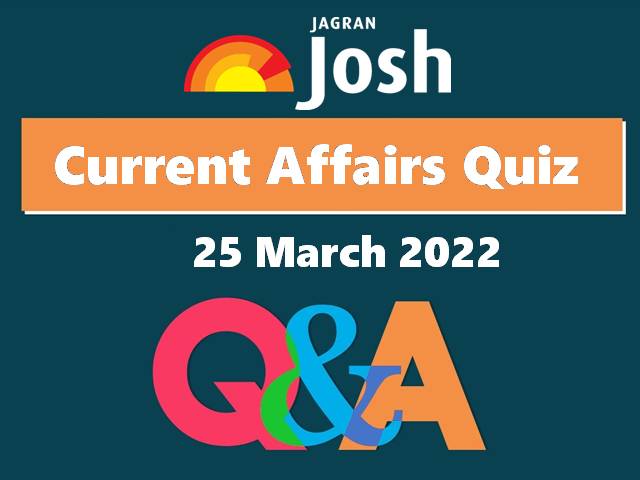 2. Which among the following state tops among the Himalayan states in the Export Preparedness Index 2021?

3. Which among the following teams has been knocked out of FIFA World Cup 2022?

4. How many teams can qualify from Europe in the FIFA World Cup 2022?

5. Which team has become the second one to qualify for the Women’s World Cup 2022 semifinal?

6. Which Indian brand has been named as the official sponsor of FIFA World Cup 2022?

7. When is International Day of Remembrance of the Victims of Slavery 2022?

Gujarat has topped NITI Aayog’s Export Preparedness Index (EPI) 2021 for the second consecutive time, while Maharashtra has been ranked second and Karnataka has been ranked third. NITI Aayog released EPI 2021 in partnership with the Institute of Competitiveness on March 25, 2022.

In the most shocking exit, European Champions Italy have been knocked out of the FIFA World Cup 2022 Qualifiers after losing 1-0 to North Macedonia in their playoff semifinal on March 24, 2022. This will be the second consecutive time that Italy will not feature in the FIFA World Cup, as it did not qualify in the last edition as well, which was the first time they had failed to qualify for the tournament since 1958.

A total of 13 teams will qualify from the European region in the FIFA World Cup 2022. Out of the total 13 teams European slots, 11 have been filled so far and three remain to be filled. The European playoffs have been the most complicated so far after FIFA and European body UEFA jointly suspended Russia after its invasion of Ukraine.

The International Day of Remembrance of the Victims of Slavery and Transatlantic Slave Trade is observed every year on March 25th to honor and remember those who suffered and died at the hands of the brutal slavery system.