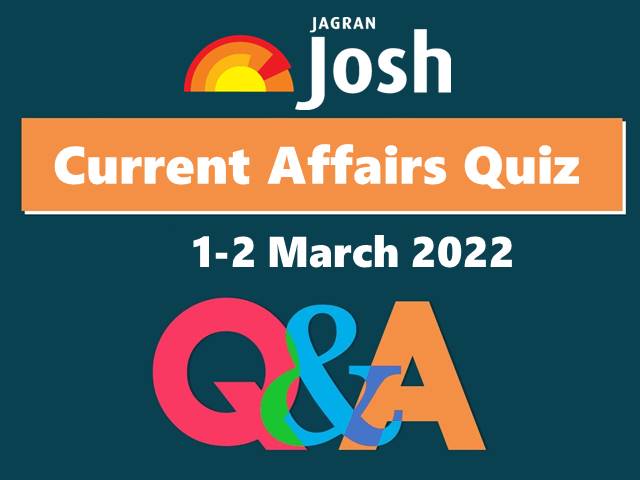 1. Which country has closed off Bosphorus and Dardanelles straits to limit transit of Russian warships to the Black Sea?

3. When was Sarojini Naidu was appointed as the President of the Indian National Congress?

4. COVID-19 fourth wave India is predicted to hit India by which month, as per IIT Kanpur experts?

5. Virat Kohli will play his 100th Test match against which country?

6. Which Indian cricketer has played maximum number of Test matches till date?

7. Madhabi Puri Buch has become the first woman Chairperson of which financial regulator?

8. India will face which nation in its opening match of ICC Women’s World Cup 2022?

Sarojini Naidu’s 73rd death anniversary was observed on March 2, 2022. Sarojini Naidu, popularly known as the Nightingale of India, passed away on March 1949 due to a cardiac arrest. The political activist and poet was also the second female President of the Indian National Congress and first woman to hold the office of Governor in the Dominion of India.

Sarojini Naidu was appointed as the President of the Indian National Congress in 1925. She later became the first woman to hold the office of Governor in the Dominion of India by becoming the Governor of the United Provinces in 1947. Sarojini Naidu was given the name ‘Bharat Kokila’ by Mahatma Gandhi because of colour, imagery and lyrical quality of her poetry.

The first test between India and Sri Lanka, scheduled to be played at Mohali on March 4, will be Virat Kohli’s 100th Test match.The match will have no restrictions, informed BCCI Chief Sourav Ganguly. BCCI Secretary Jay Shah also confirmed that he has spoken with the PCA office bearers and they have confirmed that cricket fans will be able to witness the historic moment of Virat Kohli playing his 100th Test match.

Madhabi Puri Buch has been appointed as the first woman Chairperson of the market regulator SEBI (Securities and Exchange Board of India). The former head of ICICI Securities will replace Ajay Tyagi, a 1984 batch IAS officer of the Himachal Pradesh cadre. Madhabi Puri Buch had served SEBI earlier between 2017 and 2021 as a whole-time member.

India will face Pakistan in its opening match of the ICC Women’s World Cup 2022 at Bay Oval in Mount Maunganui, Tauranga on March 6, 2022. The Women’s World Cup will be held in New Zealand from March 4 to April 3, 2022. The tournament will see participation from eight teams.