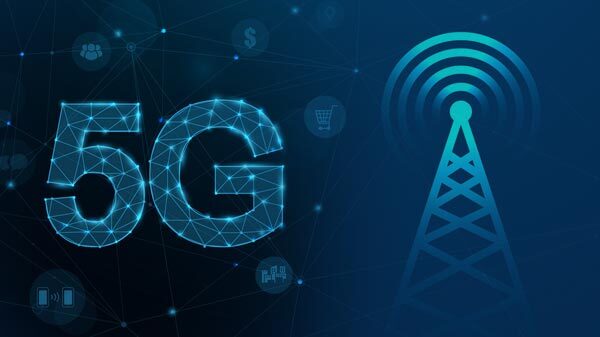 5G Spectrum Auction Date 2022: The much-awaited 5G spectrum auction is underway to pave way for the fifth generation of mobile network in India. The 5g spectrum auction in India began at 10 am and will conclude at 6pm.

All four companies have deposited a combined amount of Rs 21,800 crore in Earnest Money Deposit (EMD) ahead of the bidding process, based on which these telecom companies will be able to bid up to Rs. 1.9 lakh crores.

2. The four bidders have deposited a combined amount of Rs 21,800 crore in Earnest Money Deposit (EMD), based on which they will be eligible to bid up to about Rs. 1.9 lakh crores.

4. The EMD reflects the quantity of airwaves a company can bid for in the 5G Spectrum auction.

5. The 5g auction will be held for different spectrum bands including low, mid and high frequency bands.

6. The telecom department is expecting to obtain anywhere between Rs 70,000 crore to Rs 1 lakh crore from the auctions.

7. The 5 spectrum auction days will depend on the actual demand for the radiowaves.

When will 5G launch in India?

5G services is expected to be rolled out later this year or by early 2023. Airtel CTO had said earlier this that they would launch its 5G services within 2-4 months after the auctions are concluded.

What is 5G spectrum auction?

The 5G Spectrum auction is a process through which the government sells the rights to transmit signals over specific bands of the electromagnetic spectrum and assigns scarce spectrum resources.

The 5G Spectrum auction can last from a single day to several months from the opening bid to the final winning bid.

Spectrum refers to radio frequencies that can carry information wirelessly for a range of services including telecommunications. These wireless signals enable enable us to make calls, use our social media, book an Uber, get directions or use Google maps using our mobile devices.

The frequencies we use for wireless communication form a portion of what is called the electromagnetic spectrum, which encompasses several other frequencies that we interact with daily.

How does spectrum work?

There are three spectrum bands for wireless communication- low, mid and high band spectrum. All three bands are essential for robust network, in this a robust 5G network.

The low spectrum band travels longer distances with minimal signal interruption and is suitable to serve thousands of people over long distances with fewer towers.

The mid spectrum band comprises both low and high band spectrum, providing a mix of coverage and capacity.

The high-band spectrum, which is above 24 GHz, travels shorter distances but offers high capacity and ultra-fast speeds. It is however subject to interference from dense objects.

What will happen today during the 5G Spectrum Auction?

READ ALSO: NASA has shared an image of which rainbow-coloured planet?